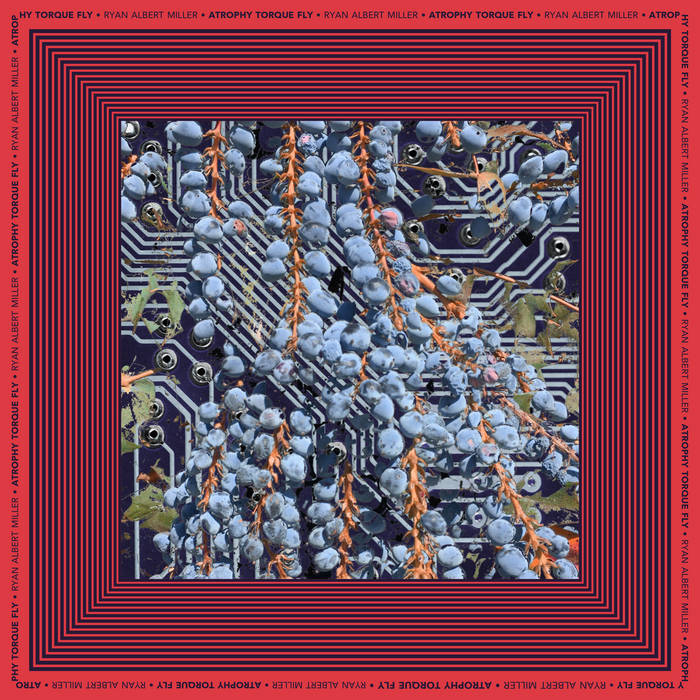 Born in 1985, Ryan began playing guitar after a life-altering battle with cancer when he was 12 years old. After quickly connecting to the instrument he concentrated his efforts on composition and alternate techniques. Ryan currently performs and composes music for the longstanding trio U Sco (New Atlantis Records) and for solo guitar.

"The music that I compose is always a stream of consciousness, albeit refined by incessant development and practice. I get very carried away with the composing and recording process and I have a tendency to be loquacious or grandiose in my production ideals. This comes from a place of trying to be a non-regenerative composer. 'Hex Fortunes' is one 25 minute composition, divided into 4 tracks. 'Atrophy Torque Fly' is approximately 40 minutes of music and 9 compositions that I've been developing over the last 7 years."

PRESS:
“Whoever thought prog and punk would be so suited for each other? Certainly the possibility of a compromise occurred to Robert Fripp (look no further than Red-era King Crimson for an example of early prog-punk-rock, which was one of his better ideas). Ryan Miller, guitarist in the Portland-based progressive, experimental, post-whatever band U Sco, has also combined the two almost contradictory styles with ambiguous and riveting results. It's essentially aggressive progressive rock, but stripped of (most) of the unpleasant excesses and regurgitated medieval allusions associated with the genre. In other words, it's restless and exciting as hell, while still containing elements that will stimulate your classically trained friend's ears.”
-Morgan Troper, The Portland Mercury

"U Sco are a Portland, Oregon-based trio: Jon Scheid on bass guitar, Ryan Miller on treble guitar, and Phil Cleary on drums. Treffpunkt is their second release, following 2012’s NEST. Both are on guitarist Edward Ricart‘s New Atlantis label, which should give some indication of their sound: skronky, dissonant clatter, blurring the lines between angry prog and avant-metal with occasional detours into out-jazz. Treffpunkt has a more spacious, psychedelic feel than NEST at times, with spiraling harmonics that move the music toward the realms inhabited by bands like Battles or Dysrhythmia. Highly recommended."
- Phil Freeman, Burning Ambulance

"...I hate referencing Don Caballero twice in one week but there it is; also Omar Rodriguez-Lopez (old solo stuff), Upsilon Acrux; you know, the regulars. I figured Mick Barr would be a good call as a reference, guitar-wise, though Miller plays his six-string closer to the vest, investing in linear riffs and breaks while fulfilling his rhythmic duties aptly."
-Grant Purdum, Tiny Mix Tapes

“Ryan Miller's conception of technique and musical structure is wholly unique. The intensity in his performances moves in tandem with the humility and lyricism that actually propel the soul of his work.”
-Sam Adams, Musician

Bandcamp Daily  your guide to the world of Bandcamp